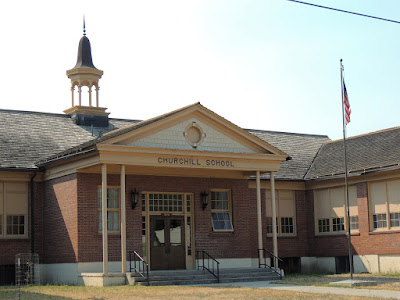 Churchill School
I sent the following questions to Mr. Witty three weeks ago but have not received a response as yet. I followed up a week later and he responded that he was busy with the start of the school year which seemed reasonable.  I thought with school having started last week that I would be getting a response, but still nothing. In my preface to the questions I reminded Mr. Witty that a lot of us in Baker live in poverty and that the elderly on Social Security do not get cost of living raises that keep up with their actual cost of living. In other words, that their primary expenses for medical care, property taxes, city utility charges and fees, home and auto insurance, etc., are going up faster than the cost of living raises granted by Social Security. Every year we sink deeper into impoverishment and the School bond will increase the risk of some losing their homes or of not be able to meet the rent, which is an existential threat. In fact, studies have shown that living in poverty itself is an existential threat. All that said, I asked the questions which can be found below. 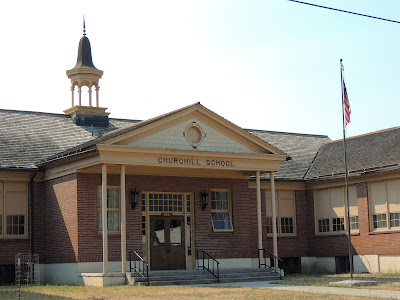 for $205,000.  In the years since, as the building stood empty, the
district has been adding portables to the other schools to handle the
increasing number of students. The Vegters purchased the property for
their home and commercial ventures in May of this year for $194,104.
Both the planning department and the Planning Commission allowed
them to create commercial businesses in a medium density residential
area even though it subverted the development code. If the district had
bought it back at that price, they would have made a profit of $10, 896.00.
If they hadn't sold it in the first place, it could have been housing many
students. How short-sighted of them! Or was it intentional?
Anyway, here are some questions pertaining to the $48 million bond issue that you, the school board, and the BSD Long Range Facilities Planning Committee wish to impose on our community. I use the word “you” kind of loosely below, but take it as meaning the school board and the committee as well, but you [Mr. Witty] certainly seem to be a prime mover of this proposal. 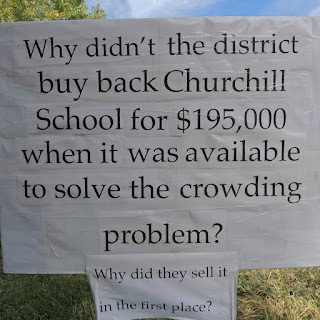 
First question I and my neighbors are wondering about:

That’s all for now Mark.  Thanks for reading, and I look forward to your response. 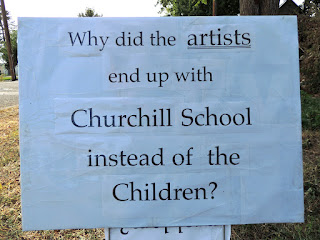 SOMETHING ELSE TO THINK ABOUT

I was listening to The Ralph Nader Radio Hour this last weekend and one of Ralph's guests was Rosemary Gibson, "Senior Advisor at The Hastings Center, which is the world’s first bioethics research institute, and she is an editor for the Journal of the American Medical Association." She was on to discuss her recent book, “China RX: Exposing the Risks for America’s Dependence on China for Medicine,” about the unsettling fact that the manufacture of the vast majority of the prescription drugs taken by Americans has been taken over by China.

You may recall that this is similar to China now having almost cornered the market on rare earth elements that are used in electronics for everything from cell phones to renewable energy to military applications. After helping to drive it into bankruptcy, a Chinese consortium purchased Americas largest rare earths mine, the Mountain Pass Mine near Las Vegas, Nevada in 2017, leaving us more dependent on China for these elements.

I'm not beating a drum against China though. Government intervention could have saved both the rare earths mine and the American drug manufacturing industry, but money was apparently more important than national security.

“There was country of origin labeling legislation put forward about ten years ago, but it was immediately killed. And when I asked an industry person to describe why that happened, this person said, “Well, the industry probably thought it wouldn’t be good for their customers to know where their medicines are being made.” And that’s because in a poll from the Pew Trust, only 6% of Americans trust medicines made in China. So, companies have good reason to hide it.” Rosemary Gibson, author of “China Rx: Exposing the Risk of America’s Dependence on China for Medicine.”
You can listen to or download download the Nader China Rx podcast by clicking this link and scrolling down the page.

Millions of Americans are taking prescription drugs made in China and don’t know it–and pharmaceutical companies are not eager to tell them. This is a disturbing, well-researched wake-up call for improving the current system of drug supply and manufacturing.   Several decades ago, penicillin, vitamin C, and many other prescription and over-the-counter products were manufactured in the United States. But with the rise of globalization, antibiotics, antidepressants, birth control pills, blood pressure medicines, cancer drugs, among many others are made in China and sold in the United States.

China’s biggest impact on the US drug supply is making essential ingredients for thousands of medicines found in American homes and used in hospital intensive care units and operating rooms.

The authors convincingly argue that there are at least two major problems with this scenario. First, it is inherently risky for the United States to become dependent on any one country as a source for vital medicines, especially given the uncertainties of geopolitics. For example, if an altercation in the South China Sea causes military personnel to be wounded, doctors may rely upon medicines with essential ingredients made by the adversary. Second, lapses in safety standards and quality control in Chinese manufacturing are a risk. Citing the concerns of FDA officials and insiders within the pharmaceutical industry, the authors document incidents of illness and death caused by contaminated medications that prompted reform.

This probing book examines the implications of our reliance on China on the quality and availability of vital medicines.

You can watch the C-SPAN presentation here.

Posted by Christopher Christie at 3:07 PM